Now that you’ve reached two decades of married life together you must be feeling that you’re a bit of an expert at finding the perfect anniversary gift for your lovely wife. Surely you’re not getting a little hot under the collar with your 20th anniversary around the corner. We’re pretty certain that you’re starting to get a little worried, otherwise why would you be here on this page? Don’t worry though because you’re not alone. Hundreds, if not thousands of couples struggle with the anniversary gift conundrum every year, which is exactly why we’ve set up this gift site. To help all those couples who just need a little assistance in finding the right direction, and to make every wedding anniversary a success. 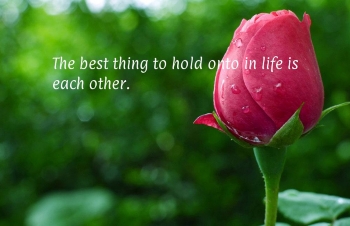 You might have decided to mark this anniversary with a party, inviting all your family and friends. In which case all the trinkets and ornaments will be taken care of, leaving you with the task of finding meaningful and personal 20th wedding anniversary gifts. A 20th wedding anniversary is the chance to show each other how much you still care, and how you’re both proud to have reached such a milestone, as well as a way to look forward to the years to come. Your gift should symbolize the never ending love you share and the timeless quality of your marriage. As you may already know there are two lists that associate certain themes with each passing year. The traditional theme for a 20th anniversary gift is china, while the modern theme is platinum. The flower associated with this particular anniversary is a lily, while the gemstone is the beautiful emerald.

That’s the themes sorted, so how about we conjure up some 20th anniversary gift ideas.

Beautiful, delicate yet resilient – 20th anniversary gifts made of china

China is an excellent theme for a 20th anniversary. It has a certain beauty, while being very delicate at the same time as being resilient. After 20 years we think that your marriage will be the same. It has stood the test of time, 20 years of ups and downs and it’s still going strong. Think about your grandparents family heirloom of a china dinner service and you’ll understand the significance. You might be thinking that it isn’t a very romantic choice and it certainly doesn’t conjure up thoughts of love. Take a little inspiration from some our ideas, use your imagination and your wife is going to be impressed with your choice.

You always have the option of choosing some platinum jewellery for your wife but we think we’ve found something even better. A single rose bloom dipped in platinum. Created by the gift experts at Eternity Rose, this gift will last a lifetime and far beyond. Each bloom is handpicked at the height of its beauty and carefully dipped in the precious metal. The stem can be engraved with some romantic words and the gift will be exquisite enough to be passed down through future generations. An everlasting memorial to the years of married life you spent together.
Also on offer are:

We’ve already touched on this suggestion but it’s too good not to mention again. For the gift to beat all 20th anniversary gifts hands down, take yourselves off on the holiday of a lifetime. You might need to book more than a couple of weeks off work, as there is so much to enjoy in the country of China. However, we think it’s well worth a visit. It’s likely that you won’t get to see it all, so book another holiday for your next anniversary.

If you aren’t able to commit to such a hefty expense there is always a Chinatown area you can visit in a Canadian city. Or simply order in a Chinese meal. Not quite the same as a holiday. but at least you put some thought into your gift.

One final choice if you’re planning to go a little off the traditional or modern paths is a series of martial arts lessons, especially if your husband is a Jet Li or Jackie Chan fan and always saying how he’d love to learn some of their moves.