Two years have passed since your loved ones celebrated the major milestone of their Golden Wedding anniversary, and now it is all too easy to forget the significance of the couple’s achievement in having such a long and successful marriage. Yet with every year that goes by, your loved ones deserve even more admiration and praise, especially in this modern era where so often marriages come to an end long before reaching any significant milestones. Although the theme of this anniversary year may not be as well known or as widely celebrated as that marking the half century of union, it is nevertheless just as significant, so take the time and effort to remind your celebrating loved ones of how much they are cared for and appreciated. Whether it is your friends or family members who have been married for 52 years, it is time to take inspiration from these fantastic gift ideas and to give them a 52nd wedding anniversary gift to remember. 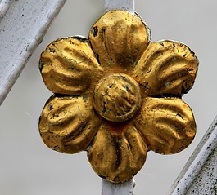 While everyone knows that the 50th wedding anniversary is a significant event, characterised by the giving and receiving of golden gifts, the 52nd wedding anniversary does not have a theme that is known and recognised all over the world. The golden wedding has been celebrated since the medieval period, but the 52 year anniversary was not widely acknowledged until much more recently. Although an official gift list assigned materials to anniversary years was created in the 1920s, the 52nd anniversary was not included as it was not considered to be a significant milestone. It was only in more contemporary lists that marital years other than the first decade and then every fifth year were included and were associated with themes in their own right. It was at this time that it was decided the appropriate 52 year anniversary gift should be star rubies, an extremely luxurious gift that reflects the precious nature of a long lasting happy marriage.

The Traditions of the Star Ruby

Produced from the same mineral as sapphire, rubies are famous for their brilliant red appearance. They take their name from the Latin word for red and they can be any shade from a pinkish colour to a deep blood shade. Together with diamonds, emeralds and sapphires, rubies are considered to be one of the top four most precious stones in the word, and the star ruby is especially precious because of its rare nature. A star ruby is a gem which displays “asterism” which means that it reflects a six pointed star on its surface when moved in the light. These special stones are cut into a cabochon shape to properly exhibit its properties, and some star rubies are so impresive that they even seem to glow in daylight. There are many places all over the world where rubies are found, although most of them come from Myanmar. In the East, rubies have a very special meaning, and in India they are even known as the king of gemstones. Thought to protect the wearer from harm, they were even said to turn a darker colour when danger was present. They were also thought to help with a number of medical problems including problems with the back, the liver and the brain. They were even thought to be able to counteract the effects of poison. Giving a fifty second anniversary gift of rubies is especially appropriate as the ruby is considered to be the stone of love and passion, its blood-like colour supposed to represent the life force between two people, while the fire inside the stone signifies the romance and passion between the couple, even after 52 years.

Rubies make wonderful gifts for any couple on the occasion of their 52 year anniversary. Available in a range of shades from a pale pinkish colour to a dark and deep red, and in a choice of shapes and sizes, it is easy to find the perfect item to suit both your budget and recipients’ tastes. Select from rubies set into either gold or silver, and pick either a gorgeous necklace, pair of earrings or bracelet as an ideal fifty two year anniversary gift for her and a tie pin or pair of cufflinks as a fantastic 52nd anniversary gift for him.

Red Gifts for the 52ndAnniversary Year 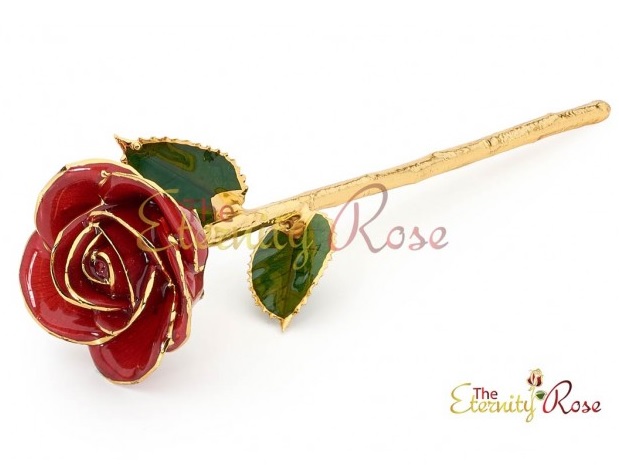 Should you not be able to stretch to a jewellery ruby gift for your loved ones on their 52nd anniversary, why not take their beautiful red colouration as your overarching theme instead? This gives you a much greater scope for choosing something that ideally suits the recipients’ tastes, whatever their interests. For example, if your friends or family members love fashion and style, why not go for some stunning red accessories to complement their favourite outfits, or even a piece of stylish red clothing. Or for couples who take pride in their beautiful home, some attractive red homewares could be the best choice. Opt for red textiles such as cushions or towels, or a set of elegant red serving bowls or plates that will not only be practical but appealing too. You can even opt for personalisation on these items for an added bespoke touch, adding the couples’ names and anniversary date. Red flowers are an impressive way to mark the occasion, so choose a selection of striking red blossoms such as carnations, geraniums and nasturtiums or simple go for the traditional bouquet of red roses, conveying a message of love and devotion. Ornamental gifts are a perfect choice as they are sure to be appreciated as a long lasting memento of this special anniversary occasion. Why not combine the beauty of natural roses with the impressive luxury of an ornament when you give your loved ones the 52nd wedding anniversary gift of a glazed red Eternity Rose. Each flower is made by hand by talented artists, who preserve its natural splendour forever, finishing it perfectly with a fine 24 karat gold trim. It is then placed in a prestigious display case ready to take pride of place in the marital home for many more happily married years.