Although the 54th anniversary is not a well known anniversary year it is still a time that is worthy of celebrating in a couple’s life. After going through all the trials and tribulations of 54 years of marriage, your friends or family members deserve praise for their achievements, and you can show them just how much you admire and appreciate theme by choosing a 54 year anniversary gift that shows just how much you care. There are a number of themes associated with this anniversary occasion, so feel free to combine or mix up any of these suggestions to create an inspiring and unique 54th wedding anniversary gift for your loved ones that will be as memorable as it will be impressive. You are sure to be able to find something that your loved ones will truly treasure. 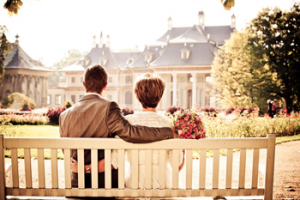 Although there is no traditional gift associated with the 54th wedding anniversary, there are many other gift ideas that have been connected this marital occasion over the years. While it is true to say that the original gift lists linking specific materials with certain, significant anniversary years omitted the 54th anniversary (along with many other marital years), in the contemporary gift lists which were drawn up in recent years, the 54th year of marriage was assigned its own theme which was glass, reflecting the beautiful yet fragile nature of any loving relationship, even a marriage that has endured for 54 years. There is also a traditional flower associated with this marital year – the rhododendron plant. Either, or both, of these would make perfect fifty four year anniversary gifts for your loved ones to mark their special day.

Glass has a long and impressive history, dating back to ancient Egyptian times. Glass beads have been discovered that date all the way back to the 3rd millennium BC, although it was not until the Roman era that glass was given its name. The Romans widely used glass for a number of purposes including producing funerary urns, and they even had an area of their empire dedicated to glassmaking which was in modern day Germany. Throughout the middle ages, glass was used for a whole host of practical and decorative reasons, from beads for ornamentation to drinking vessels and windows, including the stunning stained glass windows found in many churches of the period. In more recent times, glassmaking has become increasingly technologically advanced and there are now laminated and reinforced varieties suited to an even greater breadth of purposes. If you would like to incorporate the modern theme of glass into your loved ones 54th wedding anniversary gift, there are lots of ways in which you can do this. For a practical yet attractive gift, why not give a pair of wine goblets together with a bottle of their favourite wine or a cut glass whisky decanter which will see plenty of use over the years to come? Even better, you could arrange for these to be personalised with the couple’s names and anniversary date for an added bespoke touch. If this idea does not appeal, what about a stylish glass fruit bowl which will look beautiful in the home while still having a useful function? A glass ornament is always an excellent choice, with lots of shapes, sizes and designs to choose from to ensure that you can find one that is not only something that the recipients will appreciate, but that is also something that will fit into your budget. Or what about a glass photograph frame, inscribed with the couple’s names and showcasing a favourite image of the pair, perhaps on their wedding day?

There are over 1000 species of rhododendron and these lovely plants come in both evergreen and deciduous varieties. Although they are primarily found in Asia, they are also common in the Appalachian Mountains. This type of plant has a long history, having first been mentioned in the 16th century although most of their species weren’t discovered until the 19th century. Commonly used for ornamental purposes, the large and beautiful blossoms of the rhododendron plant are incredibly impressive and are popular as a hedging plant, sometimes even being sculpted into a tree-like shape. As well as a decorative plant, rhododendrons are used for medicinal purposes as they are thought to have anti-inflammatory properties. The national flower of Nepal, the rhododendron is even edible, and can be used in tea, curries, or even pickled. Available in a host of striking shades including white, pink, red, purple and yellow, it is no wonder that the rhododendron plant is almost as popular in gardens as the rose. Give your loved ones a rhododendron bush to plant in their garden and they can watch their gift growth and thrive in just the same way as their enduring love and devotion to each other. 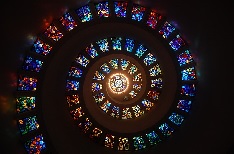 If your loved ones do not have the essential green fingers to grow their own rhododendron or do not have a garden of their own, why not give them a bouquet of stunning blossoms instead? Floral 54 year anniversary gifts are always popular, and no variety is quite so popular as the rose. Exquisitely beautiful, roses make a spectacular display no matter which colour you choose, and they perfectly convey a message of appreciation and esteem with their connotations of love and romance. Why not give a rose gift that will last a lifetime, just like your loved ones’ marriage, by choosing a glazed Eternity Rose? Each hand crafted flower is a true and unique work of art, made skilfully by talented artists from a natural rose blossom. Its natural splendour is preserved eternally in a complex glazing process and then made even more magnificent with a pure 24 karat gold trim. When you present this luxurious 54th anniversary gift to your loved ones in its own prestigious leather case, you are truly conveying your deepest sentiments and revealing to the special couple just how much they are cared for.